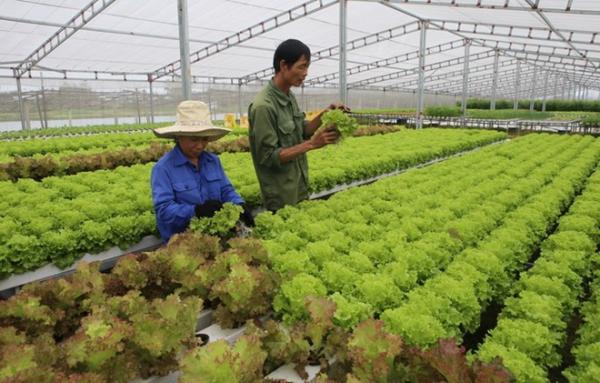 After 5 years as a TV director, Pham Cong Chinh finally stabilized his career with growing vegetables and raising fish and earning an average of more than 200 million VND per month.

After graduating with a degree in Cultural Management, Mr. Pham Cong Chinh decided to continue studying Film Directing. But when the opportunity came, he quit to work as a television director. After 5 years of playing with programs on VTV and HTV, Chinh once again turned to start a business. He collected several billion dong to set up a media company, with the intention of producing action movies. However, before the movie was released in theaters, the company was… bankrupt.

At that time, I just liked eating vegetables and saw my friends worried about unsafe vegetable information, containing chemicals, growth drugs…, Chinh went online to learn how to grow vegetables in District 9, Ho Chi Minh City to grow vegetables and raise them. fish. It took about 3 months to research and perfect the models, Chinh decided to invest 5 billion VND to set up a farm. In which, vegetables lost more than 2 billion, fish cost nearly 3 billion. Particularly, 1,000m2 of vegetables grown in greenhouses has an investment cost of up to 1.5 billion VND.

“The hydroponic system in the greenhouse takes 1.5 billion for 1,000m2 because the construction cost in Saigon is higher. If in Da Lat, people can make greenhouses with a cost of more than 200 million. All gutters must be imported. Each tube is more than 300,000 VND, then there is equipment, fertilizer…”, Mr. Chinh said.

Currently, his farm in District 9 is cultivating 3 models at the same time: Aquaponics, Hydroponics and Organic. In particular, Aquaponics is an American method of growing hydroponic vegetables, without soil, without fertilizers, without chemicals, combined with fish farming to produce clean vegetables and clean fish. Aquaponics uses circulating water from the aquarium to provide nutrients to plants. At the same time, the water is also filtered by the plants and returned to the aquarium.

The method of Hydroponics is from Israel. Vegetables are grown on substrates or coir, not soil. This method allows vegetables to be harvested about 7 days earlier than Aquaponics. In addition, some vegetables are still grown by him on the land according to the Organic method, fertilized with vermicompost.

“My vegetables are not sprayed at all. Many worms, I also catch them by hand, so the leaves can be eaten right in the garden. Doing this is a matter of mind. I keep the mind so that I don’t spray. But if you spray these worms, spray them one at a time and they’ll be clean, “said Chinh.

Currently, Chinh’s farm sells to the market 200kg of vegetables per day, including: Dutch lettuce of all kinds, lettuce, water spinach, dragon beans, forest bitter melon, bitter melon, cucumber, spinach… If the average price of vegetables in the market is about 55,000 VND per kg, Mr. Chinh sells 60,000 VND. This price is relatively cheap compared to other brands of clean vegetables, with an average price of 80,000 to 90,000 VND per kg. In total, his daily revenue from only selling vegetables is about 7 million VND, or about 210 million VND a month. He is targeting a daily revenue of 12 million VND, or 360 million VND per month.

In addition to the farm in District 9, Chinh has just invested in a 2,000m2 farm in Da Lat to grow vegetables, tomatoes and potatoes according to Organic methods. A 12-hectare piece of land in Cu Chi is also being considered for investment cooperation with a foreign corporation. However, he was quite cautious in expanding the scale, focusing on building the brand and distribution system.

“There are dozens of projects where I can expand the farming model to several tens of hectares. However, I see many people are massively doing hydroponics, so some gardeners also have a backlog. Therefore, I chose to go in the direction of technology transfer, expand the distribution system and build my brand in Ho Chi Minh City”, Mr. Chinh said. 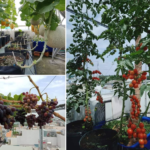 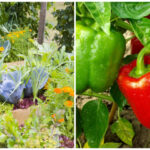